Computer Club currently acts as a community of computer programming enthusiasts that hosts its own chat services, events, and server services for students in exchange for an annual membership fee of $10. Below are a few of the services Computer Club provides:

Historical: A general overview of club history can be found below

This era is referred to as the dark ages by presto and few else because little is known from this era outside of the occasional anecdote from Bob Hardin or Robert Trenary. We know that club activities involved things such as hand-wiring computers, as personal computers were not yet commonplace. Unfortunately, most information from this age seems to be lost to time.

Yakko first came online in 1994 and would become something of a nexus for club projects for the 20 years that would follow. Yakko was always in a state of flux, frequently changing location, hardware, software, etc. and facing even more frequent crashes. Right on the outset Yakko had its plug pulled after nude photos were found on it during the Webpage Controversy of 1997. This era would something of a golden age, with influential figures such as tmiley and Flay taking power. This era would come to an end when Giggles got Yakko taken down for good during the event we know now as Gigglesgate.

After giggles accidentally killed Yakko, the club came to a turning point. Members from the early days of the Yakko Era like tmiley would leave following the loss of about 20 years of club history. This would be made worse when club changed its chat platform from IRC to Riot, which caused many early members from even the dark ages like magoo to simply not join the new service. Whether intentionally or not, club essentially rebooted. Out were the days of geekouts, hackathons, and PLAN, and in there place came weekly talks and the occasional game jam. 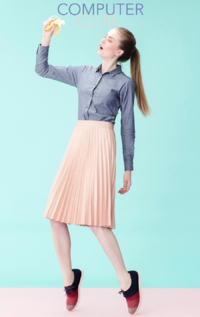